If you're hosting a child's birthday party and need to provide either lunch or dinner, you can't go wrong with sandwiches. As easy to customize as they are to eat, sandwiches make ideal meals for small, picky eaters.

Consider having deli sandwiches catered by a company such as Cogman's Creek if the party is large to save yourself kitchen and clean-up time. You can have the professional caterer provide a mix of child- and adult-friendly sandwiches options if there will be a mixed crowd.

Sandwiches are also wallet-friendly meal options if you're on a tight party-planning budget. You can also provide your own sides, such as potato chips, vegetable and dip platters, French fries or fresh fruit, to save on catering costs.

You can either serve the sandwiches pre-made, or have the kids customize their own creations by providing a variety of traditional and creative fillings. Dainty tea sandwiches may also be a good idea for smaller appetites.

Here are some fun, catered sandwich ideas for your child's next birthday party:

It wouldn't be a kids' party with peanut butter and jelly sandwiches, so be sure to include a few different varieties on your menu. If you'd rather avoid serving peanut butter due to allergy risks, you can ask the caterer to prepare them with an alternative nut butter, such as sunflower, almond or cashew.

Provide a choice of jellies, including basic grape, strawberry and orange marmalade for the adventurous eaters. As another option, slice bananas or other fresh fruit, such as berries, and use it in place of the jelly.

You can give the birthday bash a whimsical touch by cutting the sandwiches into creative shapes, such as hearts, stars or animals using large cookie cutters.

Mix it up a little by serving breakfast sandwiches for either lunch or dinner. Little ones can make their own hand-held meals using their favorite ingredients, such as fried eggs, bacon, deli ham or sausage, and cheddar or American cheese. You can also tomatoes for a fresh touch.

Consider providing vegetarian options as well, such as soy-based bacon or sausage, as well as a variety of bread options, including English muffins, toast and bagels.

Combine two of kids' favorite foods - pizza and sandwiches - into one tasty meal. Set up a pizza station and allow party-goers to make their own sandwiches by layering tomato sauce, shredded mozzarella cheese and a selection of fillings, such as deli-sliced salami, pepperoni, sliced mushrooms or black olives, onto a piece of bread or English muffin.

Place top the ingredients with another piece of bread or a muffin, and toast them in a panini maker or sandwich press until the cheese is melted. 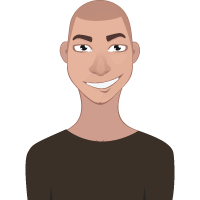 If you have ever confronted the task of making dinner for a special occasion, then you know how intimidating it can be. In addition to carefully choosing the menu and collecting the ingredients, you might have spent hours in the kitchen perfecting appetizers, sauces, and side dishes. Unfortunately, unless you understand basic cooking techniques, all of our efforts might be in vain. I have been practicing my cooking techniques for a long time, and I might be able to help you to avoid some common cooking dilemmas. Check out my blog to learn what you should and shouldn't be doing in the kitchen.